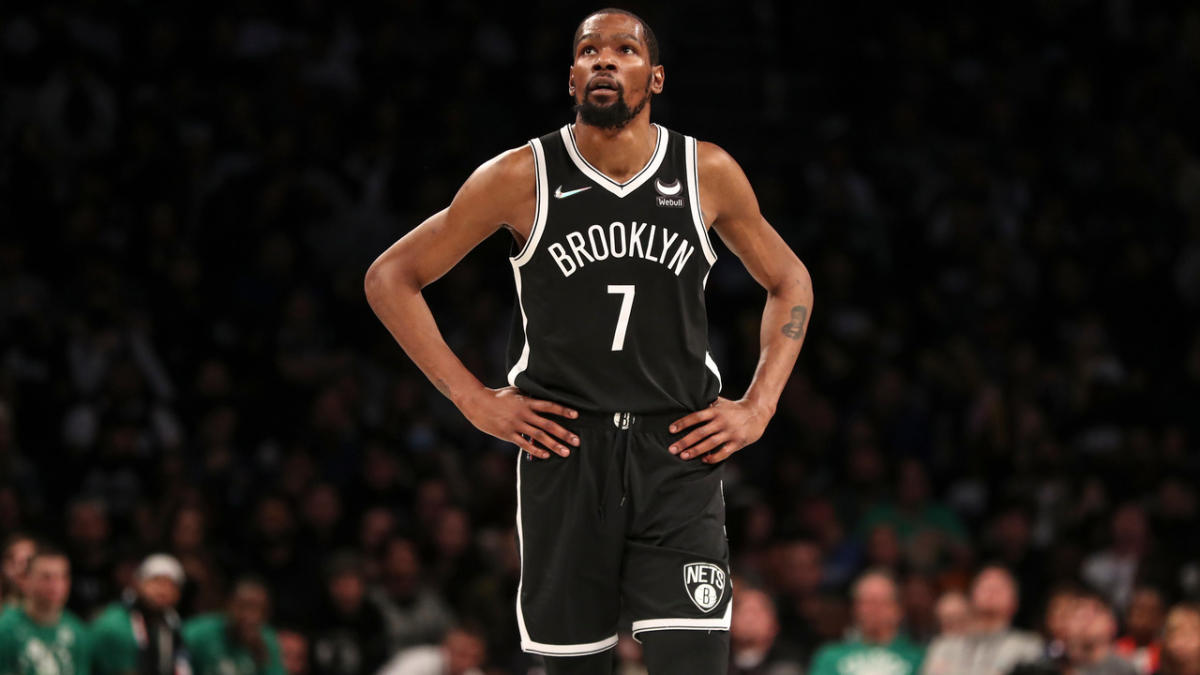 If the Nets offered Kevin Durant straight up for Jaylen Brown today, would the Celtics even take the call?

It’s amazing how quickly an all-consuming offseason storyline can evaporate. Barely three months ago, we devoted weeks of breathless speculation to the possibility of swapping Brown’s long-term potential for an all-in stab at 2023 with KD.

Now the whole idea just sounds feverishly unnecessary. Brown’s Celtics own the best record in the NBA after Wednesday’s shellacking of the Hawks. Meanwhile, Durant’s Nets have become a literal punchline, earning a mention in Dave Chappelle’s most recent Saturday Night Live monologue.

Be thankful Celtics boss Brad Stevens doesn’t chase every shiny lure that darts to and fro, because staying the course has meant watching Jayson Tatum develop into an MVP favorite while Brown elevates to a surefire All-Star. They’re championship favorites, and they might be five years from now, too. There’s an honest-to-God chance they raise multiple banners before all is said and done.

Durant? He’s a Hall of Famer averaging over 30 a night in the midst of another stellar season, but he’s also presiding over an absolute mess in Brooklyn, and at some point, we can’t put it all on Kyrie Irvinghis teammate with horrible taste in documentaries.

The Celtics play joyfully, sharing the ball while operating the league’s best offense. They don’t care whether a play ends with Tatum exploding to the rim or Sam Hauser scraping the banners with another 3. At the end of Wednesday’s blowout in Atlanta, that meant center Luke Cornet drilling his second 3-pointer of the season, prompting the bench to explode. We haven’t seen a Celtics team move the ball like this since the 1980s.

A very different story is unfolding in Brooklyn, where the Nets have been without Irving for eight games while he undergoes … sensitivity training? … and learns that the Holocaust was in fact bad.

The Nets have delivered a string of embarrassments, from trading for James Harden to ditching James Harden to getting swept by the Celtics in the first round to putting up with Kyrie’s relentless me-me-me drama to firing coach Steve Nash to watching Ben Simmons go catatonic to find themselves closer to Victor Wembanyama in the standings than the No. 1 seed.

And to think they were preseason title favorites. That’s a bet that could’ve been shorted like Blackberry.

Prominent in all that misery is Durant, who demanded a trade over the summer before casually telling Bleacher Report this week it’s not because he wanted out, but because he’d really appreciate tougher practices. Seriously.

Since he plays with Irving, whose stubborn streak renders him unable to leave well enough alone precisely ever, Durant often skates as the sane half of this dysfunctional duo. But lest we forget, he’s never happy.

He quit on Oklahoma City when it became clear that the Thunder would never surpass the Warriors. He won back-to-back titles in Golden State after spurning Kelly Olynyk and Tom Brady in the Hamptons, but he ultimately didn’t like Oakland, either, and the fact that he couldn’t play with the effervescent Steph Curry should have sounded warning klaxons.

Durant may be a hard worker, gifted scorer, and relentless competitor, but he’s also this:

That’s a lot of unhappiness! Locker room ecosystems are delicate like coral reefs, and the Celtics didn’t need to risk an oil spill. Tatum and Brown dedicated themselves to erasing the sting of the Finals this summer, and now the former is unstoppable and the latter isn’t far behind, with everyone else following their lead. They’re playing with the steely determination of a pair that knows they will be judged on June.

Now imagine replacing Durant for half of that leadership pair.

He did not lose here last year. He did not taste that bile. In this scenario, he instead forced his way out of Brooklyn after signing a four-year, $198 million extension. He has his own ideas about winning it all that, by virtue of his status, inevitably steer the direction of the room. Maybe he gets in Tatum’s ear about starting from scratch somewhere else with some friends. He’s an all-time great and a better individual player than Brown, but this isn’t fantasy basketball. The mix matters.

And yet that didn’t stop the Celtics from reportedly dangling Brown this summer when Brooklyn made Durant available. Plenty of us hated the possibility at the time — why blow it up for a 34-year-old who never enters a new situation without first scouting all the exits? — and now it’s not even worth discussing.

The Celtics look like the class of the league, and just wait until Robert Williams returns. They have each other’s backs, they play with passion, and they’re just getting started.

While Tatum and Brown have become the league’s No. 1 duo, the Nets wait for Irving to emerge from his Billy Madison crash course in decency while Durant wonders how he’s supposed to survive four more years in a burning dumpster.

That’s his problem, because when it comes to Brown for Durant, the Celtics made the right move, which was no move at all.