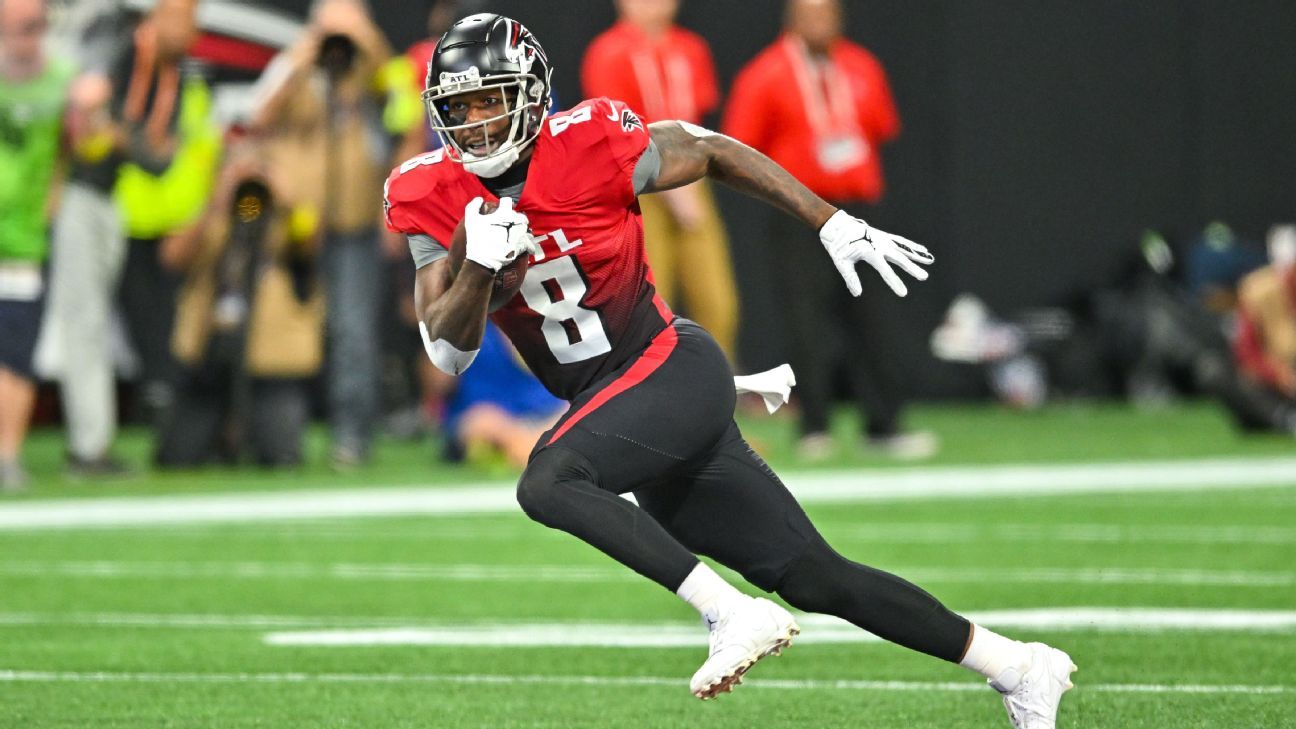 FLOWERY BRANCH, Ga. — Atlanta Falcons tight end Kyle Pitts and defensive lineman Ta’Quon Graham “will be out, at least in the short term, for sure,” coach Arthur Smith said Monday.

A source told ESPN’s Adam Schefter that surgery is “likely” for Pitts’ MCL injury, but Smith said nothing has been confirmed yet as they are still seeing doctors and receiving opinions about a potential tear and the severity of it.

“I’m not a doctor, but an MCL sprain, that’s usually what happens — there’s varying degrees and where they are in the knee,” Smith said. “I’ll let the medical experts handle it.”

Pitts injured his knee in the third quarter on Sunday against Chicago at the end of a catch-and-run Eddie Jackson tackled him just above the knee. Pitts was on the ground at first and then quickly jogged off the field. He then went into the blue medical tent briefly before walking slowly towards the locker room.

Smith said decisions have not yet been made whether they’ll put Pitts or Graham on injured reserve. Pitts, the No. 4 pick in the 2021 NFL draft, has been playing through “a lot” this season, Smith said, including a hamstring injury that forced him to miss Atlanta’s Week 5 game against Tampa Bay.

“He has such a huge impact on this team,” Smith said. “I know the numbers aren’t as gaudy as they were as a rookie and he’s been playing through a lot, and he’s a tough guy and he’s had a huge impact.”

Coming off of a 1,000-yard rookie season as a tight end — the second 1,000-yard season for a rookie tight end in NFL history — Pitts ended up playing in a different offense asking him to do different things.

He became more of a complete player at his position, particularly focused on improving his blocking in the offseason, and Smith has said multiple times he’s been happy with what Pitts has done in 2022. Pitts has 28 catches for 356 yards and two touchdowns this season , off the pace from the 68 catches, 1,026 yards and one touchdown he had as a rookie.

Smith pointed to the plays Pitts made outside last year compared to times this season where he couldn’t quite open up at the same speed as part of what he was referencing when he was talking about what Pitts was playing through in 2022.

But he made it clear how big a part of Atlanta’s offense Pitts is.

“People just look at the stats, and his impact on winning has been enormous for us,” Smith said. “There are certainly times we haven’t been in sync and the way we play at times where you do have to sacrifice some passing numbers.

“The guy is a great teammate. He doesn’t pout like a lot of guys with that amount of hype because he’s a real person and that’s why we love him. He’s a real teammate, and the future is really bright for him and that’s why we’re so excited to have him in this organization.”

The Falcons could look to a combination of tight ends Parker Hesse, MyCole Pruitt, Anthony Firkser and Felipe Frankswho has been dealing with a calf injury, to replace what Pitts had done for Atlanta while he’s out.

Graham, who has started nine of 11 games this season for the Falcons alongside Grady Jarretthas 34 tackles, eight quarterback hits and a fumble recovery so far this season.

“Just fundamentally, the way he’s taking on blocks, the little things, the technical things that matter in the run game,” Smith said earlier this season about Graham’s impact. “Not getting turned, not guessing, that’s what it comes down to — leverage, fundamentals, being able to play good combination blocks. He’s doing that really well.”

Graham was carted off the field in the second quarter Sunday.

The Falcons will likely look to a combination of Jalen Dalton, Timmy Horne, Abdullah Anderson and Matt Dickerson to replace Graham however long he’s out. Atlanta faces Washington on Sunday.