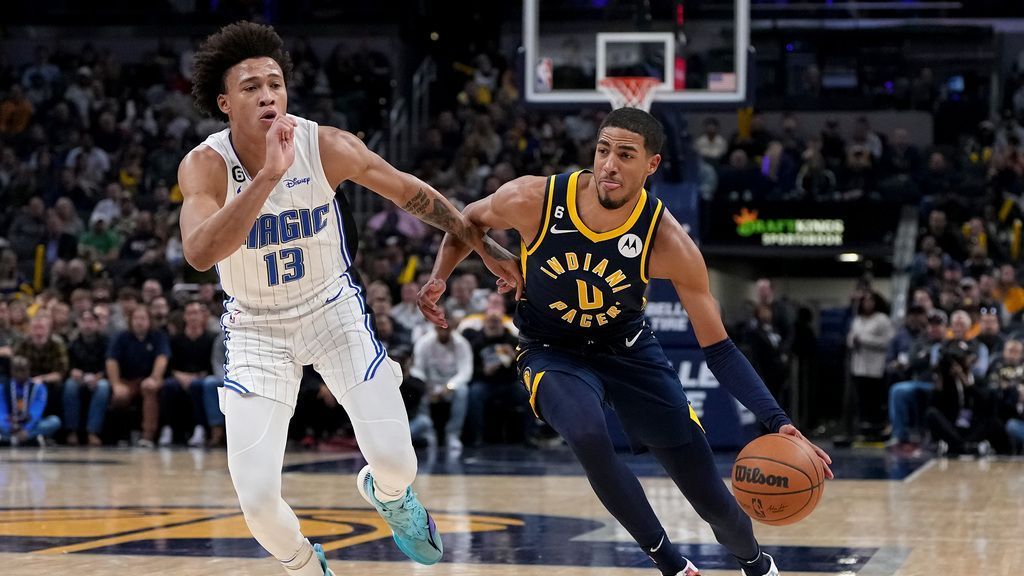 ESPN’s fantasy basketball and basketball betting tips cheat sheet is your pregame destination for basketball betting predictions and our best intel and data to help you make smart fantasy and wagering decisions. NBA game odds for November 21 are provided by Caesars Sportsbook, and fantasy advice is based on ESPN 10-team leagues.

What you need to know for Monday’s games

Fill Up The Poole: Jordan Poole is averaging 27.2 points and 4.5 made triples on the second night of back-to-backs since March. The professional bucket getter has been held in check over his past three games (25 points on 30 field goal attempts), but recent history suggests that we should be buying the dip and leveraging this high usage spot to profit on his overs.

It’s A Trap: There are a trio of big home favorites (spread over six points) on tonight’s slate and those teams are always tempting to back. Be careful. Teams in such spots this season are just 33-38-3 ATS (46.5%) and their cover rate drops even further when the over/under fails to reach 225 points like it does in the Bucks/Blazers and Timberwolves/Bulls games (41.2 %).

Orlando Outage: The Magic will be without the Rookie of the Year favorite Paolo Banchero for tonight’s matchup against the Pacers due to an oblique injury, shifting more minutes and usage to emergent fantasy star Bol Bol. Despite leading the league in block percentage while also becoming a nightly double-double threat, Bol is rostered in just half of ESPN leagues. A projection for roughly 30 minutes tonight signals another big line from Bol.

Create or join an ESPN Fantasy Basketball league today and draft your league any time before the first game tips off every Monday. Your league starts fresh with 0-0 records for the new matchup period.

Simons’ Show: The Trail Blazers won’t have a superstar Damian Lillard available against the Bucks due to a recent injury. Scoring guard Anfernee Simons carried the offense on Saturday sans Lillard to the tune of a season-high 54 DraftKings points against the Jazz. Reasonably priced at $7,400 on DraftKings, Simons is an intriguing building block for DFS purposes given what should be a 30% usage rate and well over 30 minutes of run.

Quentin Time: If the Knicks don’t have Cam Reddish in the lineup against the Thunder due to a lingering groin injury, we could see Quentin Grimes (99% available in ESPN leagues) get another start for New York. The second-year guard started on Sunday in place of Reddish and played a season-high 32 minutes, fueling a rich line that included a career-high eight assists. If Reddish remains sidelined this evening, Grimes gets another shot to embed himself in Tom Thibodeau’s rotation.

Microwave Malik: The Jazz secured two big road wins in Phoenix and Portland over the weekend in part thanks to Malik Beasley delivering 28 points per game across the two victories. Beasley, a free agent in 55% of ESPN leagues, is making 43% of his 7.5 3-pointers per game and is even hotter from beyond lately, sinking an incredible five per game over his last five appearances. As one of the better bench scorers in the league, Beasley is poised to produce against the Clippers tonight.

Game of the night

Breaking down the rest of the slate

Best bet: Tyrese Haliburton over 30.5 total points + assists. Haliburton is one of the most productive players in the NBA this season, and he is consistent. In his past seven games, he’s averaged 19.1 PPG and 11.7 APG, and he’s gone over 30.5 total P+A in five of those seven games. The Magic are also friendly to opposing point guards, ranking in the bottom third of the NBA in both assists and 3-pointers allowed, while giving up 27.3 PPG (third-most in the NBA) to the position. — André Snellings

Fantasy streamer: Shaedon Sharpe (available in 97.3% of leagues) moved into the starting lineup the last time that Damian Lillard missed extended time. The rookie primarily contributes in scoring and 3-pointers, but he does have upside with minutes. He’s scored in double figures in seven of the nine times that he’s played at least 20 minutes this season, including season-highs of 20 points and four 3-pointers in 21 minutes last week against the Nets. Sharpe averaged 27.0 MPG in his four starts, the last time Lillard sat. — Snellings

Best bet: Josh Hart over 11.5 points, over 7.5 rebounds. Hart has been inconsistent as a scorer this season, but has stepped up the last two games that Lillard has sat or left early. He scored 17 points with 7 rebounds on November 10th against the Pelicans, and dropped 19 points with 8 rebounds on Saturday against the Jazz. He’s been strong on the glass all season, averaging 8.6 RPG in his last 14 games while going over 7.5 boards in eight of those contests. — Snellings

Fantasy streamer: Max Strus (available in 76.4% of leagues) had a poor game on Sunday, when the Heat got drubbed in Cleveland. Nevertheless, the Heat continue to deal with injuries and Strus has been one of their more consistent offensive sources this month. He has averaged 16.5 PPG with 3.2 3PG, 2.4 RPG, 2.0 APG and 1.1 SPG in 35.7 MPG in the month of November. –Snellings

Fantasy streamer: Nikola Jovic (available in 98.6% of leagues) quietly stuck in the starting lineup for the Heat on Sunday, even though Bam Adebayo returned and played well. The Heat got blown out, but Jovic still contributed 7 points, 5 assists, 4 rebounds, a steal and a 3-pointer in 32 minutes of action. If he remains in the starting lineup tonight, he faces a much more fantasy-friendly defense in Minnesota than he did in Cleveland. — Snellings

Best bet: Pelicans -6. The Warriors finally got off the schneid on the road, winning their first away game over the Rockets. But, the game was very competitive until the very end against a Rockets team in the basement of the West. On Monday, against a much better Pelicans team, on the second half of a back-to-back, the Warriors will have an uphill battle to add a second win to the road tally. — Snellings

Best bet: Shai Gilgeous-Alexander over 30.5 points. Gilgeous-Alexander struggled from the floor in Memphis on Friday, making only 6-of-18 shots on his way to 15 points. But, Gilgeous-Alexander has been wielding the blowtorch all season, and in his 10 games leading up to Friday he averaged 33.5 PPG on 57.6 FG%, going over 30.5 points in eight of those 10 games. On Monday, he faces a Knicks squad in the bottom third of the NBA in points allowed to opposing point guards and shooting guards, indicating the relative weakness of their perimeter defense. — Snellings