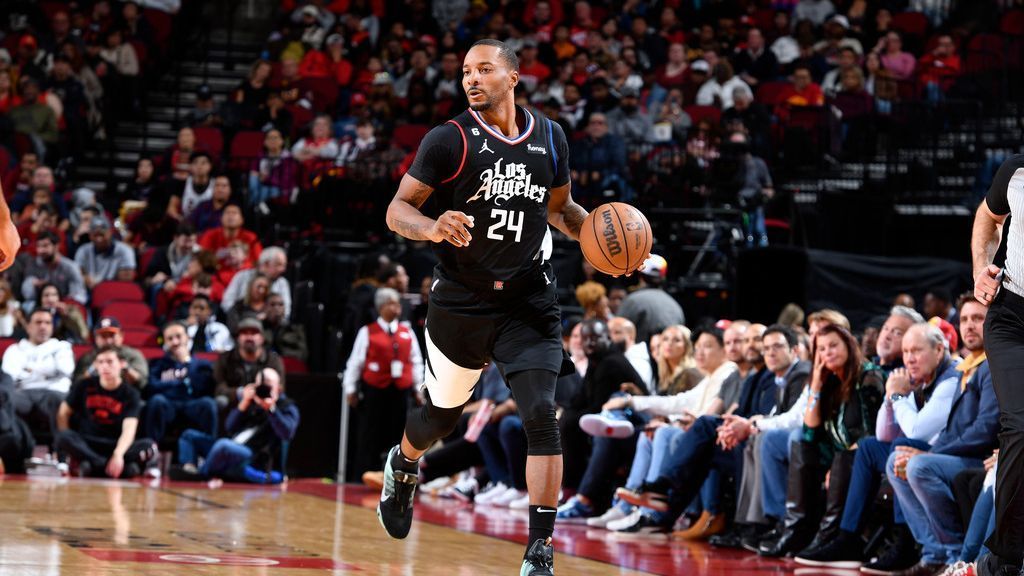 ESPN’s fantasy basketball and basketball betting tips cheat sheet is your pregame destination for basketball betting predictions and our best intel and data to help you make smart fantasy and wagering decisions. NBA game odds for November 17 are provided by Caesars Sportsbook, and fantasy advice is based on ESPN 10-team leagues.

What you need to know for Thursday’s games

Fantasy Friendly: Given tonight’s light three-game schedule, it could be rewarding to identify and invest in what could be the best offensive game of the evening. The Kings-Spurs total is a robust 237 points, nearly 20 points more than the Pistons-Clippers contest. The Spurs and Kings have the 26th and 29th defenses in the NBA respectively, making this an ideal game to build around De’Aaron Fox, Domantas Sabonis and Devin Vassell in DFS lineups. It also serves as a great game to seek out scoring and rebounding props as both teams are in the top eight in pace.

Sacramento Spacer: The Kings have tasked Kevin Huerter (available in 40% of ESPN leagues) with being the team’s high-volume floor spacer. He has responded by lofting 30% more 3-pointers per game than he had with Atlanta the past two seasons. He also ranks second in 3-point shooting percentage (52.6%). Huerter and the Kings host a Spurs team tonight that ranks 28th in defensive rating while allowing nearly 46 DraftKings points per game to shooting guards, the second-highest such allowance in the league.

Bassey’s Buzz: Just last week, Charles Bassey became the second player in NBA history to have 14 rebounds, four blocks and four assists in less than 20 minutes played and the first player in league history to do it off the bench. It’s rare to suggest you stream a player likely to play right around 20 minutes for his team, but Thursday’s three-game slate signals the need to find any and all viable streamers in weekly head-to-head formats. Getting extra games in over your opponent can be key, so Bassey’s unique ability to build big lines in limited opportunities is intriguing ahead of this meeting with a Kings team that lacks depth down low.

Create or join an ESPN Fantasy Basketball league today and draft your league any time before the first game tips off every Monday. Your league starts fresh with 0-0 records for the new matchup period.

Detroit Depth: The Pistons will be without a star point guard Cade Cunningham for tonight’s matchup against the Clippers in Los Angeles. Cunningham has led the team with 78.3 touches per game this season, 27 more than any other player on Detroit, which indicates a large workload for the rotation to replace. Enter veteran scoring guard Alec Burks, who is a free agent in 98% of ESPN leagues and yet has averaged 16 PPG with a 25% usage rate during his last two games. Teammate Bojan Bogdanovic (38% available) is in an even better place to produce; he’s stepped up as a distributor (12 dimes across the last three games) in addition to his scoring prowess with Cunningham ailing.

Cade-less in Los Angeles: As mentioned, Cade Cunningham will sit again tonight … and yet, the Detroit team as a whole is an interesting option. It currently rests in the 103-104 range, a low number in today’s NBA to begin with and even more enticing when you dig into the numbers. In their past three games (all without Cunningham), the Pistons have seen their offensive efficiency improve. Why? Passing. In those games, they’ve assisted on 62.4% of their buckets, a significant spike from their 54.9% rate previously. The Clippers boast a strong defense, but it has regressed a bit over the past 10 days and a good way to beat a strong defense is by way of ball movement. Don’t sleep on Detroit putting some points on the board tonight.

Breaking down the slate

Best bet: Trail Blazers -2. The Trail Blazers have the best record in the Western Conference right now, with a +2.3 PPG scoring margin, and are playing at home. The Nets are currently 12th in the Eastern Conference and have a -0.9 PPG scoring margin. Brooklyn lost by 13 points to the then two-win Lakers, and then lost by 32 points to the Kings in a game that really wasn’t that close. These two teams don’t seem to be headed in the same direction at the moment. — André Snellings

Questionable: Keegan Murray (back)
Note: BPI numbers factored in players who are ruled out but assumes questionable players will play

Best bet: De’Aaron Fox over 4.5 rebounds. I’m drawn to this plus money bet on Thursday’s bet like a moth to the flame. Fox has averaged 5.0 rebounds per game this season, which is a career-high. Furthermore, he has a 14.6% defensive rebounding rate, making him one of the league’s top rebounders at point guard. It should be easy for Fox to accumulate rebounds against a Spurs team that has the eighth most possessions in the league. — Eric Moody

Best bet: Domantas Sabonis over 5.5 assists. I was stunned to see this prop set here. Sabonis has dished at least six assists in eight straight games, averaging 6.8 APG during that stretch. He’s facing a Spurs squad that has allowed the most assists to opposing centers this season (by a solid margin). This game projects to a lot of possessions and a lot of points. I’d also look at Sabonis triple-double yes (+634) as a legitimate possibility tonight. — Snellings

Fantasy streamer: Marvin Bagley III (who is rostered in 14.4% of leagues) is on the streaming radar with Isaiah Stewart out with a sprained toe. In his first two games this season, Bagley looked great after missing most of last season with a sprained right knee. In each of them, he has scored 17 or more fantasy points. — Moody

Fantasy streamer: Norman Powell (available in 79.6% of leagues) is one of several Clippers I’d stream tonight. Starting shooting guard Luke Kennard (doubtful, calf) is unlikely to play, and with veteran Paul George showing up on the injury report with a previously unmentioned ailment, I suspect (without evidence to corroborate, just a hunch) that he may not play either. Powell is coming off a bad outing, but in the four games before he averaged 17.0 PPG, 1.8 SPG and 1.3 3PG in 25.5 MPG. In addition to Powell, I’d consider streaming JOhn Wall (available in 47.5% of leagues), Reggie Jackson (available in 83.2%) and even Terrance Mann (available in 96.2%). -Snellings

Best bet: Clippers -9.0. The Pistons are one of the worst teams in the league. Detroit ranks 26th in points scored per 100 possessions and 30th in points allowed per 100 possessions. In their last eight road games, the Pistons are also 1-6-1 against the spread. In addition, Detroit is 1-5 in its last six games following a win against the spread. Further complicating matters, Cade Cunningham has already been ruled out and Cory Joseph is questionable. After suffering a tough loss to the Mavericks, the Clippers are in a good position to bounce back. Los Angeles is 4-1 against the spread in their last five games. — Moody

Best bet: Marcus Morris Sr. over 15.5 points. Morris has averaged 15.9 PPG over his last eight outings, going over 15.5 points in half of them, including 18 points in his last game. But, look at the matchup. The Pistons allow the most points in the NBA to opposing power forwards, and if Morris is at all aggressive he has a good chance to go over on Thursday. — Snellings