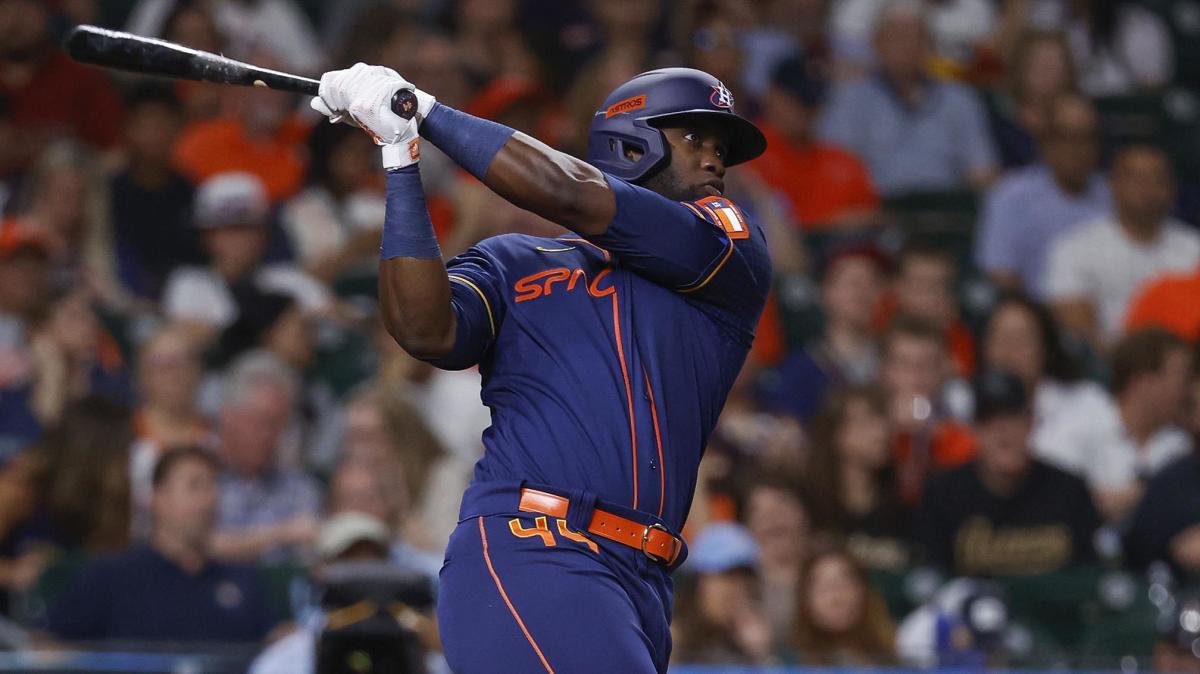 Editor’s Note: Now, all our premium tools for Fantasy, DFS and Betting are included in one subscription at one low price. Customers can subscribe to NBC Sports EDGE+ monthly for $9.99. Click here to learn more!

Oh, pretty much everything. Houston dominated the AL West, breezed through the American League playoffs without a loss, and while they did trail the World Series 2-1, they won the next three games to take home their second World Series title and first as manager for Dusty Baker. It was also the sixth consecutive season that the Astros had made the ALCS, and it’s probably fair to wonder if the word “dynasty” is an apt description of what’s happened in Houston since 2017. The pitching was sensational — only the Dodgers had a better team ERA — and was led by Justin Verlander who took home his third AL Cy Young Award. Framber Valdez set a record with 25 straight quality starts, and while that stat is obviously flawed, his 2.82 ERA and 194/67 K/BB ratio over 201 1/3 innings are indicators of how good he was in 2022. Cristian Javier struck out 194 hitters in his 148 2/3 frames with a 2.54 ERA, and Jose Urquidy, Luis Garciaand Lance McCullers (after returning from flexor tendon strain) gave Houston the deepest rotation in baseball. The offense was no slouch either. Jordan Alvarez might have won an MVP if not for the historic seasons of Aaron Judge and Shohei Ohtani as he registered a 1.019 OPS with 37 homers. Jose Altuve rebounded nicely with 28 homers, 19 steals and a .300 average, and Kyle Tucker posted a 30/25 season despite a few shaky months. Simply put, the Houston Astros were really, really good and very deserving of another trophy to add to the mantle.

This will be short. Yuli Gurriel was a big helper in the postseason, but struggled to a .242/.288/.360 slash in his 584 plate appearances. Michael Brantley performed solidly in his 64 games, but missed the second half of the season after undergoing season-ending surgery on his right shoulder. The Astros also got nothing offensively out of Martin Maldonado and Cristian Vazquez after acquiring Vazquez in a deadline deal, and the Houston bench left a lot to be desired. We told you this would be short.

**Jeremy Peña‘s overall numbers aren’t particularly flashy; a .253/.289/.426 slash in 136 games isn’t exactly dominant. There were absolute flashes of brilliance in his rookie campaign, however — on top of his terrific defense that saw him win a Gold Glove — and the rookie shortstop took home a World Series MVP that punctuated an impressive postseason run. Peña is going to have to improve his approach at the plate if he’s going to take that next step, but all the tools are here for him to be a well above-average shortstop or better going forward. The best is yet to come.

**Alex Bregman hasn’t come close to matching his dominant 2019 season over the last three campaigns, but there were good things from the third baseman in 2022. He registered an .820 OPS — his highest since his MVP runner-up year — while hitting 23 homers and driving in 93 runs. His whiff/walk rates were elite, and he was above-average in stats like expected batting average and expected slugging percentage. It’s very unlikely we’ll ever see Bregman dominate the way he did early in his career, but there’s still considerable fantasy relevance in his right-handed bat.

**The Astros are not exactly loaded with top prospects right now, but Hunter Brown has a chance to be a fantasy-relevant arm, and showed well in his time with Houston as seen in a 0.89 ERA in 20 1/3 innings. The right-hander has three pitches that can miss bats along with a competent change, and while the command needs work, it shouldn’t prevent him from being a starter in the long-term. Brown may need to work in relief in order to make an impact with the Astros in 2023, but if he gets a chance to start, he’s a name to watch.

**We ran out of room in the “what went right” section, but the Astros bullpen was outstanding in 2022, and led again by stopper Ryan Pressly. Pressly did miss some time with injuries, but the right-hander still posted a 65/13 K/BB ratio, 2.98 ERA and procured 33 saves in his 48 1/3 innings with Houston. He will turn 34 next year, but when he was on the mound, there was nothing that suggested he’s slowing down anytime soon. Pressly should be one of the first closers off the board this winter.

**It would be a mistake not to talk about just how impressive Alvarez was in 2022. The 25-year-old ranked in the 100th percentile in six Baseball Savant categories, and finished in the 99th percentile in another. Without even a smidgen of hyperbole, this is one of the very best hitters in baseball, and the only thing that keeps him from being an elite fantasy player is his lack of stolen bases. Even without them, you can justify Alvarez as a first-round pick next year because he’s as likely as anyone to hit .300 with 35-plus homers and a boatload of RBI. He’s a special, special hitter.

The App is Back! Don’t forget to download the Rotoworld app to receive real-time player news, mobile alerts and track your favorite players. Plus, now you can check out articles and player cards. Get it here!

Team Needs: To give everyone else a chance in the American League. Even if Verlander leaves, the Astros have plenty of depth in their rotation, and Houston has already re-signed Rafael Montero to a three-year contract. Houston’s only real needs right now are at first base and designated hitter, and assuming they address those, the Astros are once again going to be among the favorites to win it all in 2023. Like it or not, this team isn’t going anywhere anytime soon.