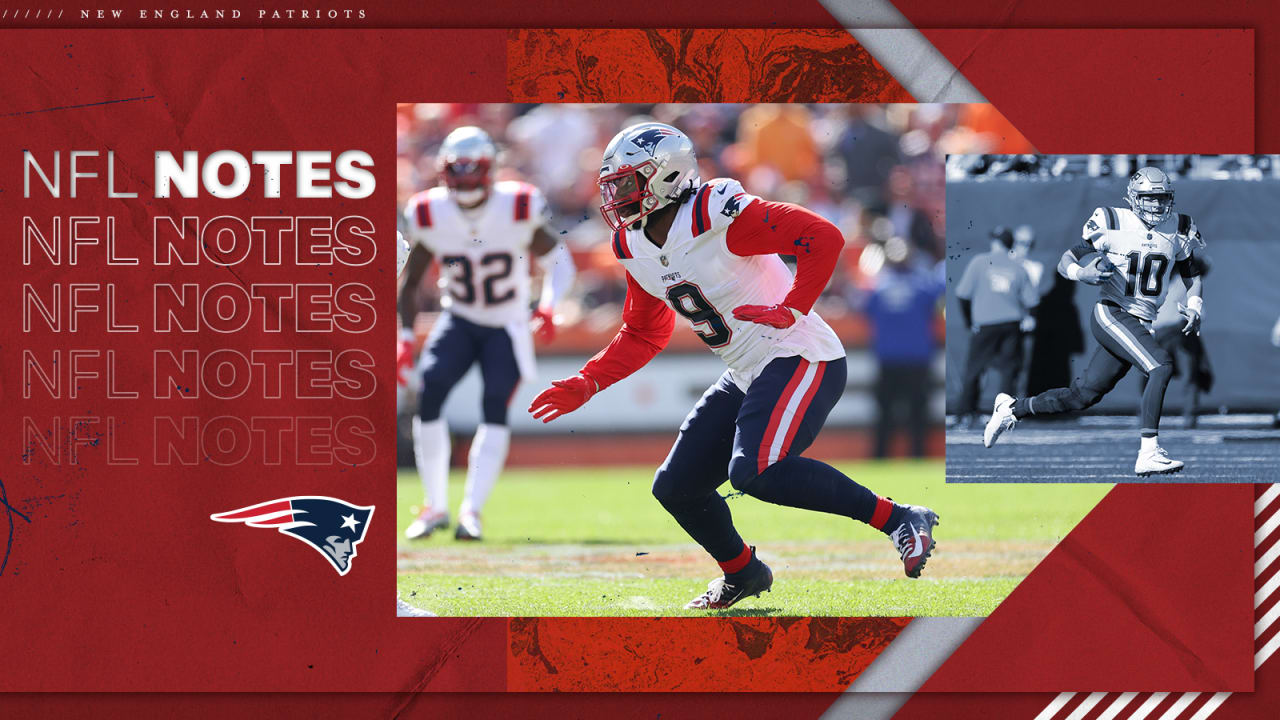 The Patriots have seen this movie played out before, multiple times in the recent past. The defense opens the season by shutting down overmatched opponents, only to falter later in the year when the degree of difficulty rises.

In truth, that may be the case again this season. To this point the Patriots have faced three quality offenses – Miami, Baltimore and Detroit – and lost to two of them. The defense was largely uncompetitive in the Ravens game, and the lone win came against the lowly Lions and Jared Goff.

Otherwise, it’s been a steady stream of backups (Mitch Trubisky, Jacoby Brissett, Sam Ehlinger) and otherwise misfiring offenses (Green Bay, the Jets twice). At the time they faced Chicago, the Bears would have fallen into this category as well, but since they have seen Justin Fields emerge as a dynamic running threat. He gave the Patriots defense fits in a Monday night home loss.

Based on how the Bears have performed on offense since that night, it would actually be four productive offenses faced and three disappointing outcomes. With Minnesota, Buffalo twice, Arizona, Cincinnati and Miami still to come, it would be understandable if cynics are waiting to be convinced that this year might be different than the last few when it comes to sustaining the strong defensive play.

But watching the manner in which the Patriots have dominated, there’s one thing that stands out as being different from recent iterations and that’s the pass rush. Led by league-leader Matthew Judon’s 13 sacks, the front seven has terrorized opposing quarterbacks.

Bill Belichick’s defenses haven’t always had the ability to get after the quarterback the way the Patriots have through 10 games this season. New England ranks second in the league in sacks per pass play and their 35 sacks are also second, both behind Dallas.

That formula of creating pressure would seem to be more sustainable than trying to contain the passing game strictly through coverage disguises as they have in the past. Holding Zach Wilson in check is much easier than doing the same to Josh Allen and Joe Burrow, but making them uncomfortable might be a better way to get the job done.

Assuming Judon can come close to maintaining his pace, something he failed to do a year ago, the defense might be better positioned to avoid the late-season swoon this time around. Belichick has wisely limited Judon’s snaps occasionally throughout the season, cutting his workload by roughly 10 percent from a year ago with an eye toward keeping him fresh.

Judon’s production, coupled with some imaginative rush schemes that have consistently produced have put the defense in a position to succeed. At times in the Jets win the Patriots rushed multiple defensive backs while dropping would-be rushers into shallow zones. Those wrinkles have allowed the front seven to get after the passer without sending extra rushers and therefore exposing the secondary, and that’s a formula for sustained success.

It starts Thanksgiving night in Minnesota against an offense that is more talented than the Jets and Colts, but one that shouldn’t be expected to run wild. And it all starts up front, where the Patriots have controlled most games with a front seven that has harassed opposing quarterbacks all season. If it continues, so, too, will the defensive dominance.