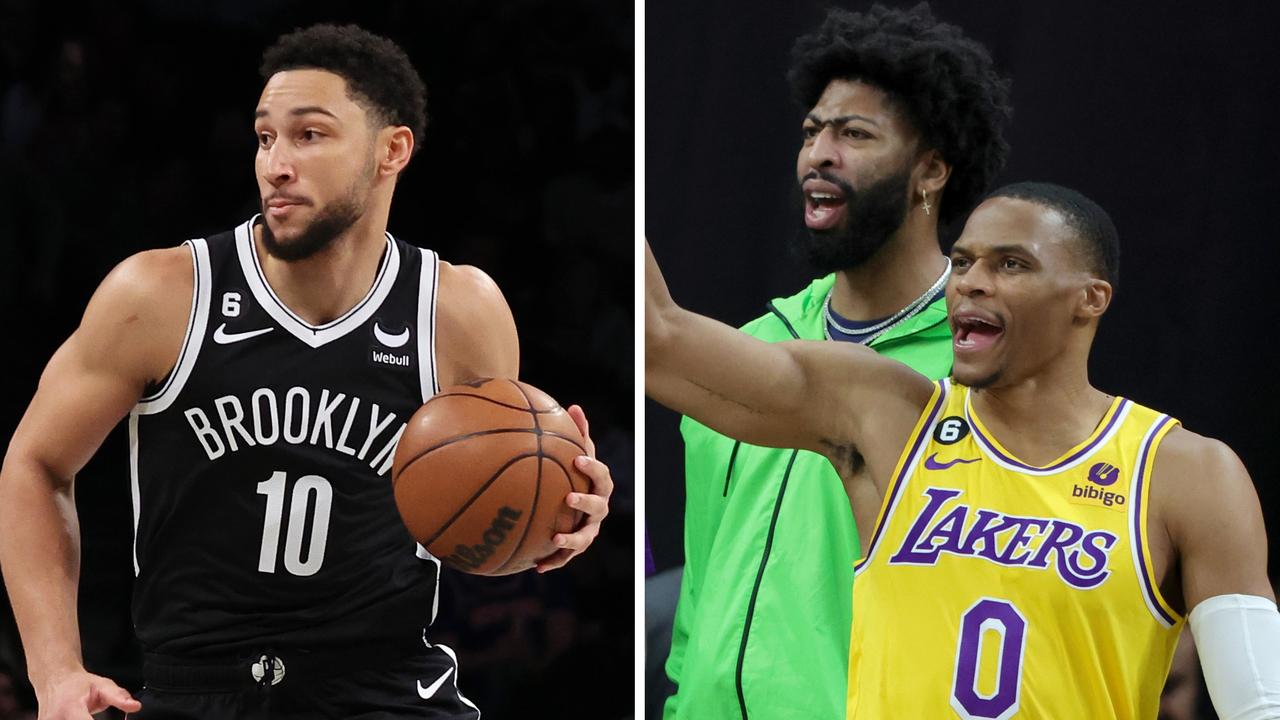 We’re still early days in the NBA season, but teams are always assessing where they are ahead of next year’s February 9 trade deadline.

The majority of free agents signed in the off-season become eligible to be traded from December 15 and the rumor mill has been heating up in recent weeks.

And so here are several panic trades that teams might look to make in a bid to mix things up and change their fortunes for the second half of the season.

The Raptors have enjoyed a solid start to the season at 9-7, but they remain a rung below the top teams in the East. So unless they give up on the current core and blow it up, the Raptors should be pursuing moves that’ll help push them into the upper echelon of the conference.

Nick Nurse’s side has long cried out for a star-caliber center and genuine rim protector, and Myles Turner would absolutely fit the bill for them. In fact, they’ve previously been linked to the shot-swatting stud, so it’d be no surprise if they made another play for him … although it’d come at the cost of one of the league’s emerging stars — OG Anunoby.

Like Turner, Anunoby has enjoyed a brilliant start to the campaign and it’d be tough to part ways with the gun forward. But the Raptors get the star big man they desperately need in a swap that could benefit both sides.

It’d seriously bolster Indiana on the wing and clear the way for Isaiah Jackson and Goga Bitadze to try and prove themselves as the future starting center for this team.

Nets demolished by Kings in Sacramento | 01:19

It’s only 15 games into the season, but this thing in Brooklyn hasn’t worked. The 6-9 Nets could be open to off-loading Ben Simmonswho’s struggled in his return to the court after sitting out all of last season.

Growing pains were therefore to be expected, but no one imagined the former Pick 1 would regress this badly – averaging career lows across the board with 5.8 points per game, 6.1 rebounds and 5.6 assists – amid concerns he may never get back to the player he once was, now coming off the bench and dealing with a nagging knee injury.

It’s abundantly clear Luka Doncic needs help in Dallas, and this could provide the ideal opportunity for the Mavericks to buy a super blow on Simmons if they believe he can bounce back.

A report recently linked Dallas to Simmons and named Tim Hardaway and Davis Bertans as options for the Nets. Brooklyn would likely want more — potentially Christian Wood or Spencer Dinwiddie — but it’s hard to see a team giving up much for the Aussie right now.

Think of this as more of a panic move on the player’s end, yet continuing with the Brooklyn theme.

Kevin Durant, who’s contracted at the Nets until the end of the 2025/26 season for a total of $196 million, requested a trade during the off-season before getting back on the same page with the organization and returning. But the situation remains precarious, particularly given Simmons’ struggles and the Kyrie Irving drama that is, and the Nets might eventually get their hand forced if Durant demands a trade again.

A deal with Phoenix for a package centered around DeAndre Ayton was mooted before the Suns big man re-signed until the 2025/26 season, meaning he’s not eligible to be traded until January 15. Phoenix would also need to involve several picks and pick swaps, but it’d clearly keep them in a window to contend for the next few years.

Not many could’ve predicted the Utah Jazz would be among the best teams in the West after trading Donovan Mitchell and Rudy Gobert last off-season – in fact most thought they’d be in the tanking race for likely Pick 1 Victor Wembanyama – yet here we are.

Although it remains to be seen if they’re keen to continue down this path, the Jazz have several interesting assets they can use to be both buyers or sellers at the trade deadline. If they decided they actually want to compete in an open Western Conference this season – also factoring in they already have a ton of draft capital up their sleeve – they could make a play for Julius Randle from New York.

This thing they’ve got going at the Knicks clearly hasn’t worked, and it seems like it’s only a matter of time before the team moves in another direction, unless it can land another star. A package of Jordan Clarkson and Kelly Olynyk could provide the Knicks with two very solid starters and take some ball-handling pressure off Jalen Brunson.

It’d also give Brunson and RJ Barrett full rein as the two franchise cornerstones for the Knicks to lead them forward.

The Warriors haven’t exactly gotten off to the ideal start this season, sitting 6-9 and looking like a shell of the championship team from last season, with the Rockets, Lakers and Spurs the only teams in the West with worse records.

Draymond Green‘s pre-season altercation with Jordan Poole saw the four-time All-Star’s name get thrust into trade rumors, and it’s possible Golden State explores parting ways with the 32-year-old, who’s no longer the player he once was, to try and add more silverware during Steph Curry’s prime.

An upgrade at center makes the most sense for Golden State, where essentially a straight swap for San Antonio’s Jakob Poeltl and Romeo Langford also threw in could benefit both sides. In Poeltl, whose contract is expiring, the Warriors get a defensive anchor to help their reeling defense that’s ranked bottom six in the league this season, which would then shift Kevon Looney to their struggling second unit.

The Spurs meanwhile add a veteran presence to help nurture their young team through a rebuild.

Although it’s seemingly more likely the Lakers hold onto Russell Westbrook given dealing him would likely involve them trading at least one future first-round pick – with this season’s first already belonging to the Pelicans – here’s an option if they decide to try and find something out of this campaign.

Although the Myles Turner-Buddy Hield combo from Indiana would be ideal, are we sure the Pacers couldn’t get better offers/picks elsewhere? And with Utah traveling as well as it is, it makes San Antonio a more logical landing spot as Gregg Popovich’s side goes into all-out tank mode while opening up $47 million of cap space this off-season, while Charlotte also joins in to get Gordon Hayward‘s contract off its books.

A package of Hayward, Josh Richardson and Doug McDermott join the Lakers and would work from a salary perspective given the Spurs have sizable space, with one of LA’s future firsts moving to the Hornets.

The Lakers then get one more season to make one final push under LeBron James and Anthony Davis. It’s clearly not the ideal situation for LA, but it could serve them better than anything it pulls off this off-season.

LAKERS SHIP AD TO THE EAST

An alternative, even bolder option for the Lakers – trading Anthony Davis. The star center is LA’s most valuable asset that’d net it a bigger return in a trade than Westbrook and also ensure it wouldn’t need to give up additional draft capital.

So it’s understandable why the Lakers, at the very least, are entertaining a Davis trade, particularly given his injury history and regression in recent seasons. The Atlanta Hawks showed over the off-season that they’re committed to a win-now build by adding Dejounte Murray, and could offer a package of John Collins, Onyeka Okongwu and Justin Holiday along with a couple of first rounders.

It’d make for a tantalizing Hawks starting line-up of Trae Young, Murray, De’Andre Hunter, Davis and Clint Capela. Meanwhile the Lakers bring in a useful win-now gun in Collins, a promising young gun in Okongwu and a couple of picks they could even use in a future trade if they desired. LA changes the supporting cast around James for another run, and if it doesn’t work out, they are better set up for the future.

HEAT GO ALL IN ON BEAL

It’s been an indifferent start to the season for the 7-7 Heat, and it seems they’ve maxed out with their current core, having made no major moves over the US summer to improve either. Miami has been linked to Bradley Beal in the past, and the star guard could round a scary big three in South Beach alongside Jimmy Butler and Bam Adebayo.

And while Beal isn’t quite the player he was a few years ago, he’s still a top 25 player in the league. Of course though, Beal isn’t eligible to be traded until after January 15 having just recommitted to the Wizards on a five-season max extension, and he’d also need to waive his no-trade clause.

As loyal as Beal’s been to Washington, he’d clearly moved to a better situation on a Heat team that’d shoot up in the East sweepstakes, while the Wizards have bizarrely gone 4-1 in games he’s missed.

It could make them consider a trade, particularly if the Heat tabled a package of Tyler Herro and draft picks. Such a move could actually improve Washington in both the short term and long-term in a potential win-win for both teams.