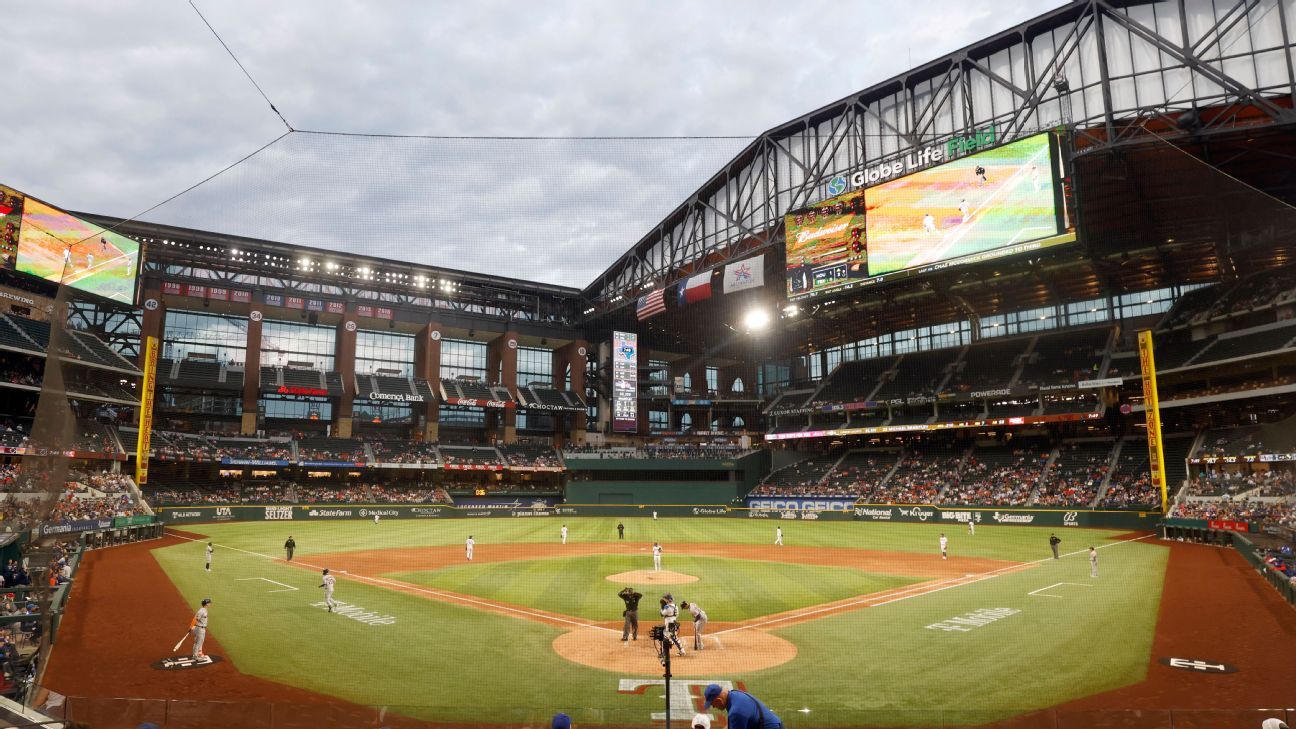 NEW YORK — The Midsummer Classic is coming to the Lone Star State.

Major League Baseball commissioner Rob Manfred announced Thursday the Texas Rangers will host the All-Star Game in 2024, marking the second time the franchise will host the festivities. The team previously held the 1995 All-Star Game, but the 2024 event will be the first at Globe Life Field, which opened in 2020.

“The Rangers stepped up under difficult circumstances and Globe Life Field served as a terrific host for the 2020 Postseason, including the World Series,” Manfred said in a statement. “We are excited to once again feature Baseball’s newest ballpark on a global stage next summer.”

In a news conference at MLB’s offices Thursday, Manfred also addressed the letter sent by baseball legend Pete Rose, who pleaded for a chance to be considered for the Hall of Fame and again apologized for his 1980s gambling scandal. As Manfred has stated in the past, he believes players who bet on baseball belong on the permanently ineligible list.

“When I dealt with the issue the last time he applied for reinstatement, I made it clear that I didn’t think the function of that baseball list was the same as the eligibility criteria for the Hall of Fame,” Manfred said. “That remains my position. I think it’s a conversation that really belongs on the Hall of Fame board. I’m on that board, and it’s just not appropriate for me to get in front of that conversation.”

Additionally, Manfred said FTX — the cryptocurrency firm that collapsed in recent weeks — would not return as a sponsor in 2023. FTX previously appeared on the uniform patches for umpires during the 2022 season.

“The FTX development was a little jarring,” Manfred said. “We have been really careful moving forward in this space. We’ve been really religious about staying away from coins themselves as opposed to more company-based sponsorships. We think that was prudent particularly given the way things unfolded. We will proceed with caution in the future.”

With the unionization of the minor leagues, the league and the MLBPA are currently in ongoing negotiations over a collective bargaining agreement. Manfred said the league and MLBPA have not had conversations beyond their goals for negotiations.

The league also announced the creation of MLB University, a career-development program designed to prepare diverse, mid-level front office executives for advancement to senior baseball operations or on-field roles. The program is being led by senior vice president for on-field operations Michael Hill.

“We don’t see it as an either/or between the interview requirement or educational undertaking,” Manfred said. “We think you got to do both to make sure that you have the best possible candidates who are available for interviews. In terms of MLB University, I think it’s just a broader, more detailed curriculum than anything we’ve done in the past. “