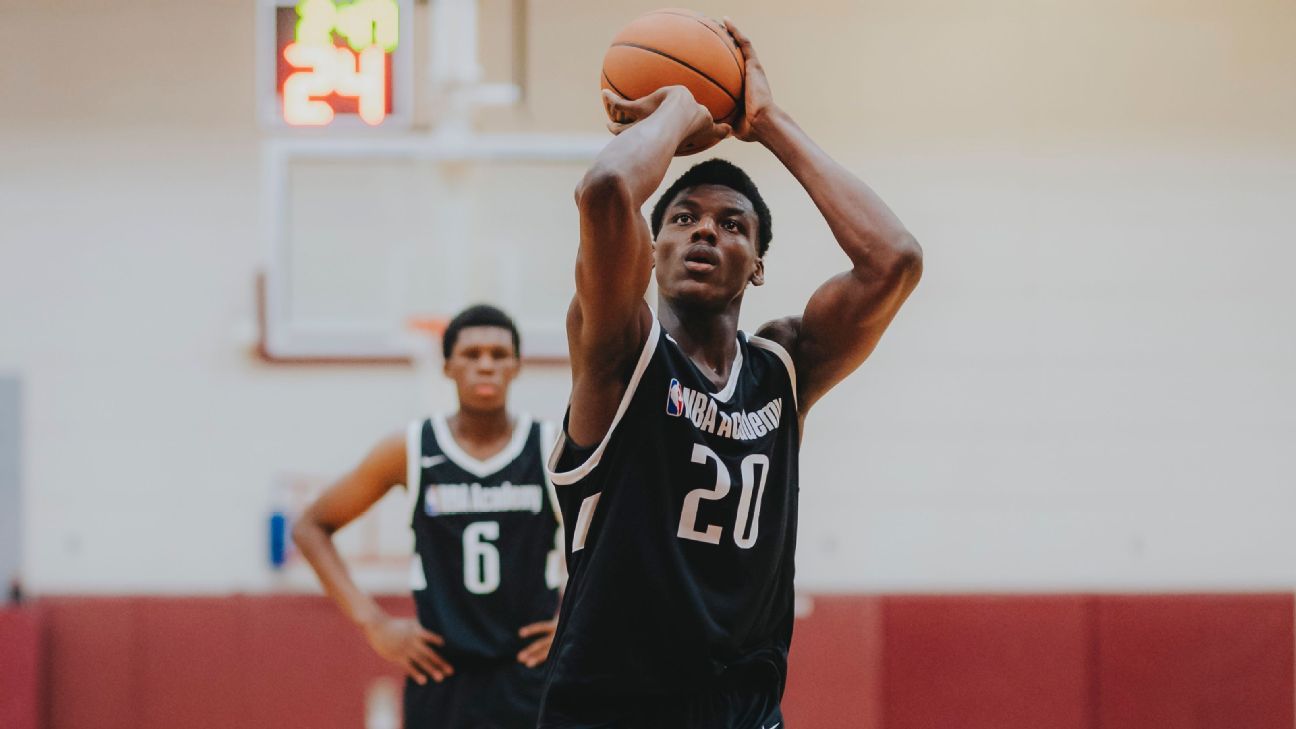 Rueben Chinyelu, a 6-foot-11 center from the NBA Academy Africa in Senegal, told ESPN that he has committed to Washington State.

“I was fortunate to be recruited by so many wonderful schools,” Chinyelu said. “Washington State stood out with their style of play and the experience the coaching staff has with African and international players. Playing college basketball with and against other dedicated players who want to win, are hungry and have a big vision for their future and aspire to being the best is something that I’m looking forward to.”

The 19-year-old Nigerian is considered one of the top international prospects committing to the college route in the Class of 2023, boasting a 7-foot-8 wingspan and a 245-pound frame. Chinyelu picked Washington State over a slew of offers from the likes of Tennessee, Florida, Kansas, Georgia, Rutgers, Mississippi State, Memphis, Maryland, Santa Clara and others after drawing considerable interest at the NBA Academy Games in Atlanta in July, where he won the championship and led the event in rebounding.

Chinyelu stands out not only with his physical tools but also the tremendous intensity and toughness he brings on both ends of the floor. He is mobile defensively, capable of stepping out to the perimeter and switching onto smaller players while using his length and quickness getting off his feet to offer a significant deterrent as a rim protector.

Chinyelu said the opportunity to get an education while also competing are the reasons he chose the college basketball pathway.

“I want to enlighten families in Africa that their children can play sports while still going to school,” he said. “I’m trying to be the best version of myself on and off the court and also create opportunities for myself for the future.”

Chinyelu, who hails from Enugu-Agidi, a village located in Anambra state in the southeast region of Nigeria, started playing basketball in 2018. He joined the NBA Academy system in April 2021 from Raptor Academy in Lagos, Nigeria, and gradually evolved into one of the most coveted big men in the 2023 recruiting class.

Chinyelu was one of 12 Academy players to join the NBA’s Basketball Africa League (BAL) in March as part of the BAL Elevate program, playing for CFV Beira from Mozambique. The program provides Academy products with professional basketball experience against men. Chinyelu debuted with the Nigerian senior national team in August as part of the FIBA ​​World Cup qualifiers.

Chinyelu is the 17th NBA Academy Africa player to commit to a Division I men’s program, and the 47th overall NBA Academy product.

The NBA currently has four academies; in Delhi, India, San Luis Potosi, Mexico, and Thies, Senegal; as well as its Global Academy, which serves as the hub for elite prospects in Canberra, Australia. Three academies that were previously operational in China have closed.

NBA Academy alumnus Josh Giddey was the no. 6 pick in the 2021 NBA draft, meanwhile Benedict Mathurin and Dyson Daniels were selected sixth and eighth, respectively, in the 2022 NBA draft.

“The NBA Academy prepared me with the foundation they set up for me, not just as a basketball player, but also mentally, physically, emotionally and intellectually,” Chinyelu said. “Coaches here take their time to elaborate and enlighten players about the game. There is a lot of talent in Africa, but due to a lack of infrastructure and visualization, we didn’t always get the opportunities to showcase ourselves in the past. It’s a wonderful place to develop.”

Jonathan Givony is an NBA draft expert and the founder and co-owner of DraftExpress.com, a private scouting and analytics service used by NBA, NCAA and International teams.