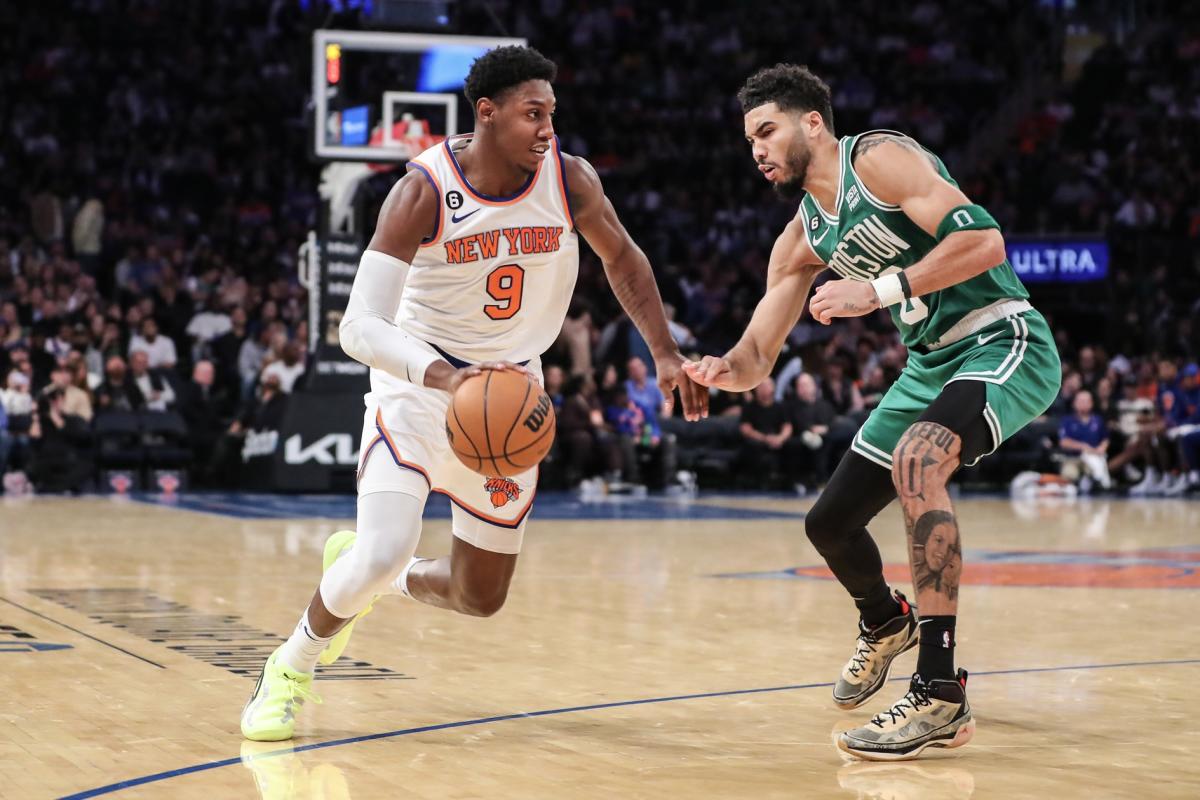 Tatum is having his best start to a regular season averaging 30.5 points per game on 62.5 percent true shooting. The Celtics are off to a strong start to the season thanks to his play on the court and his leadership through an unexpected coaching change.

Durant remains one of the league’s deadliest scorers in his 16th season. It could take every asset a team has to acquire him and it’s possible we’ll see his name in trade rumors if Brooklyn’s season continues to spiral.

Brown is one of the best secondary stars in the league and still has room to potentially become a great No. 1 option. He’s on track not only to command maximum contract offers league-wide but could also qualify for a supermax extension should he earn All-NBA honors this coming season.

Ingram had a strong playoff debut against Phoenix and is looking like he could be an excellent first or second option on a contender. This should eliminate any possibility that the Pelicans listen to offers on him now that they’re looking like a top-tier offense and a likely playoff team.

Butler had yet another brilliant playoff performance carrying a significant load of the Heat’s offense. Most teams would love to have him, but his upcoming contract extension could lower his price over time. His work ethic and continuous durability could make him a good bet to meet the value of it, though.

Leonard looked like arguably the best player in the league during the 2021 playoffs. His trade value has taken a hit with his recent unavailability, but it still remains high thanks to his history on the court.

James is showing signs of slippage as he attacks the basket less frequently and is having his worst shooting season since his rookie year as he settles for lower-quality shots. His trade value should still remain high despite his age because of what he brings both on and off the court.

Paul George is the Clippers’ leader by default with Kawhi Leonard out so often but they could probably extract several draft picks for him if they ever decide to pivot.

Bridges’ $90 million extension has kicked in and he’s already looking like a great value on it. He could probably command multiple good future first-round picks, but the Suns are likely to hold onto him even if they’re blown away by offers since defensive wings like him are extremely hard to come by.

Middleton has had tremendous trade value when he was earning $13-15 million annually, and it’s held up while making north of $30 million. If the Bucks wanted to capitalize and sell high on him now, they could probably get one of the top picks of the upcoming draft for him.

Wiggins went from one of the league’s worst contracts to arguably one of the better-value wing players. The Warriors rewarded him with a new four-year, $109 million extension after his contributions towards winning the 2022 championship.

DeRozan might’ve had one of the biggest rises in trade value compared to 2020-21. His All-NBA season and ridiculous mid-range shooting probably have teams that previously weren’t interested in him willing to give up more than a first-round pick. The 15-year veteran continues to play at a high-level building off the success of last season.

Johnson is one of the biggest draft steals in recent memory and was just rewarded with a four-year, $74 million contract. He’s showing the potential to be a primary scorer by sustaining his strong shooting efficiency while significantly increasing his volume.

With Scottie Barnes in Toronto’s plans, Anunoby could be the centerpiece of a significant trade in the future. His elite defense and his team-friendly deal make him appealing to any team.

Wagner and Banchero have developed nice chemistry together so far. Wagner’s ability to play point guard has allowed the Magic to play one of the biggest starting lineups in the league.

Jones is locked into a minimum salary over the next two seasons and could make an All-Defense team during the stretch. He’s arguably one of the biggest bargains in the league, and his salary will help the Pelicans navigate roster-building challenges as they near the luxury tax.

The Knicks locked in Barrett to what could be a great value contract in a rising cap environment if he makes significant improvements. He has the tools to be one of the best scorers in the league if he can improve his overall efficiency.

The Hawks gave Hunter a four-year, $90 million contract as a sign of confidence that he will overcome his durability issues and be their cornerstone two-way wing player. So far the returns on that are great as he’s having his best season since the beginning of his sophomore year.

Bey is quietly becoming one of the better young scorers in the league. There’s no reason for the Pistons to move him, but his potential could probably net them a first-round pick in a trade right now.

Bogdanovic is averaging 20.6 points per game while shooting 49.5 percent from the field. He is exactly what the Pistons needed after being one of the worst three-point shooting teams in the league last year.