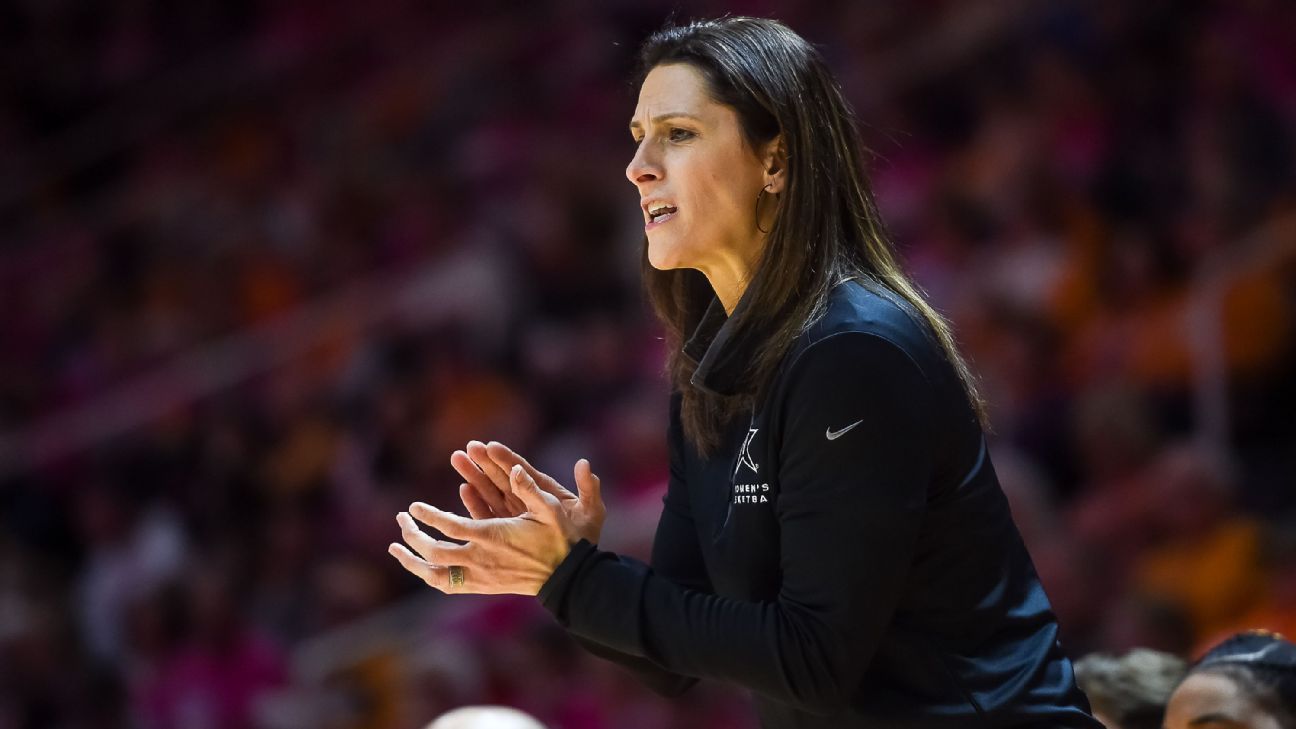 With Monday’s official announcement of Stephanie White as new coach of the Connecticut Sunall the WNBA’s coaching positions are now filled for the 2023 season.

White returns to the WNBA, where she was previously the head coach of the Indiana Fever in 2015 and 2016. There are also new coaches for the Dallas Wings (Latricia Trammell), Indiana (Christie Sides), the Los Angeles Sparks (Curt Miller) and the Washington Mystics (Eric Thibault). White and Miller have both been head coaches at the WNBA level — for the last seven years, Miller led the Sun team that White is now taking over — while the others have been WNBA assistants.

The eventual sale of the Phoenix Suns and Phoenix Mercury still could potentially impact Mercury’s coaching position, but Vanessa Nygaard is poised to return for her second season there. White, Trammell, Sides, Miller and Thibault all have career-long histories in women’s college basketball and the WNBA. But each have had their own journeys.

Here is a look at their backgrounds, their strengths and some of the challenges they might face.

Miller, who led the Sun to the 2022 WNBA Finals, left Connecticut to become head coach of the Los Angeles Sparks on Oct. 21. Miller felt it was time for a change after leading the Sun to the WNBA Finals twice in his tenure. White has a long history in the WNBA as a player and coach.

Who is White: One of the greatest prep players in Indiana history, she led Purdue to the 1999 NCAA title, then played five seasons in the WNBA. She has coached in college and the WNBA, most recently at Vanderbilt.

Why it’s a good hire: Things didn’t go as White hoped at Vanderbilt, where she went 46-83 in five seasons. But coaching the WNBA is very different. It’s about managing talent and making strategic decisions, and not about recruiting. White was an assistant on the Indiana Fever team that won the 2012 WNBA title and head coach of the last Fever squad to reach the WNBA Finals, in 2015.

Biggest question: Can White be the coach who finally leads the Sun to their first WNBA title? Some key players are set to return, but the window might be closing for this group.

Dallas introduced Trammell as its head coach on Nov. 7. Johnson had been fired Sept. 19 after leading the Wings to a 32-36 record and two playoff appearances in 2021 and 2022. Considering the progress the Wings made in winning their first playoff game since moving to Dallas in 2016, some thought Johnson would get a chance to continue. But the Wings moved on.

Who is Trammell: A Sparks assistant the past four seasons, Trammell has coached for more than 30 years at the high school, college and pro levels. She is known for forging good chemistry with relationship-building and is considered especially strong on defensive X’s and O’s.

Why it’s a good hire: Good coaches can succeed anywhere geographically. But there is something to be said for Trammell knowing the territory in north Texas as a native Oklahoman. She has a “folksy” style — and yes, we mean that in a complimentary way — that players and fans can feel comfortable with. But she also has a history as a winner, with two NAIA national championships.

Biggest question: Can Trammell lead the organization over that hump of being a “pretty good” team at times that still isn’t among the league’s elite? The Wings have a lot of young talent, led by Arike Ogunbowale, but they haven’t been a squad anyone really thought was seriously in the mix to make a long playoff run. We’ll see if that changes.

Sides was named coach Nov. 4. She replaced Knox, who coached 27 games on an interim basis after Marianne Stanley was fired in May when the Fever started 2-7. Things didn’t improve under Knox, who went 3-24. Indiana has not made the WNBA playoffs since 2016, but the Fever have the No. 1 pick in the 2023 draft.

Who is Sides: Like White, she also played in the 1999 Final Four; her Louisiana Tech team lost in the semifinals to White’s Purdue squad. Sides is from Louisiana, played her first two college seasons at Ole Miss and her last two at Louisiana Tech. Then she started coaching. She has been an assistant at four college programs, three WNBA teams and overseas in Russia. Now, she’s a head coach for the first time.

Why it’s a good hire: Sides spent a lot of her time as an assistant with Pokey Chatman, at the college, WNBA and international levels. She has plenty of experience with what works on the pro level and what doesn’t. Sides was part of the Fever’s staff for Chatman in the first few seasons after Tamika Catchings retired in 2016, so she should have a good idea of ​​what went wrong.

Biggest question: Can Sides stop the Fever’s six-year slide? If things go as expected, she will have South Carolina’s Aliyah Boston as the new star of a young team. Sides has to help change the Fever’s mindset. Because even though they haven’t wanted to, the Fever have gotten very used to losing.

Longtime WNBA/college veteran Williams got the interim tag on June 7 after Derek Fisher was fired early in his fourth season after going 54-46. Williams, who was not going to be retained, is now associate head coach at Auburn. The Sparks missed the playoffs under Fisher in 2021 for the first time since 2011, and then missed the postseason again this year under Williams.

Who is Miller: He was a college assistant for a decade before taking over as head coach at Bowling Green in 2001. After 11 seasons there, he coached Indiana for two years and then moved to the WNBA for one year as an assistant. Then he took over the Connecticut Sun, leading them to six playoff berths in seven seasons, including two trips to the WNBA Finals.

Why it’s a good hire: Both the Sparks and Miller seem ready for a reset. Los Angeles has won three WNBA titles, but the last one was in 2016, and key players like it Candace Parker and Chelsea Gray have since left as free agents. Miller went back to the Finals this year, but there appeared to be a growing distance between him and the organization and players. That’s not uncommon at the pro level. He’s a strong strategic coach who can bring some new energy to the Sparks

Biggest question: Can Miller help turn around the Sparks’ mojo? Because it has been on a downhill slide. Los Angeles should be a free-agent destination. Miller is not currently in the general manager role in LA, as he was in Connecticut, but he will still have a lot to do with personnel decisions and how they affect chemistry. The Sparks always seem to have some drama going on, but at their best, that has just been a part of their mystique. The past few years, it has been part of their downfall.

Mike Thibault announced he was retiring from coaching on Nov. 15, and the Mystics elevated assistant coach Eric Thibault, Mike’s son, to the head coaching role. Mike Thibault will continue as the team’s general manager.

Who is Eric Thibault: Like his sister, Carly, who is head coach of the Fairfield women’s team, Eric has been around basketball coaching his entire life. He has spent the last decade working with his father with the Mystics.

Why it’s a good hire: No one knows the Mystics any better than Eric Thibault does, so there won’t be a big transition or need for the team to get familiar with him and vice versa. Eric, 35, was a key part of Washington’s only championship season, in 2019.

Biggest question: Can he establish his own identity while making the most of the Mystics’ championship window? Eric has proven himself as an assistant, but he has been working for his father. There have been questions about whether the Mystics did the right thing in essentially passing the coaching torch from father to son without opening up the position and looking seriously at other candidates. The organization clearly feels he is the best for the job. These situations are always a little tricky, and Eric is aware that eyes will be on him waiting to see how he does in charge. He has had a lot of time to prepare for it.