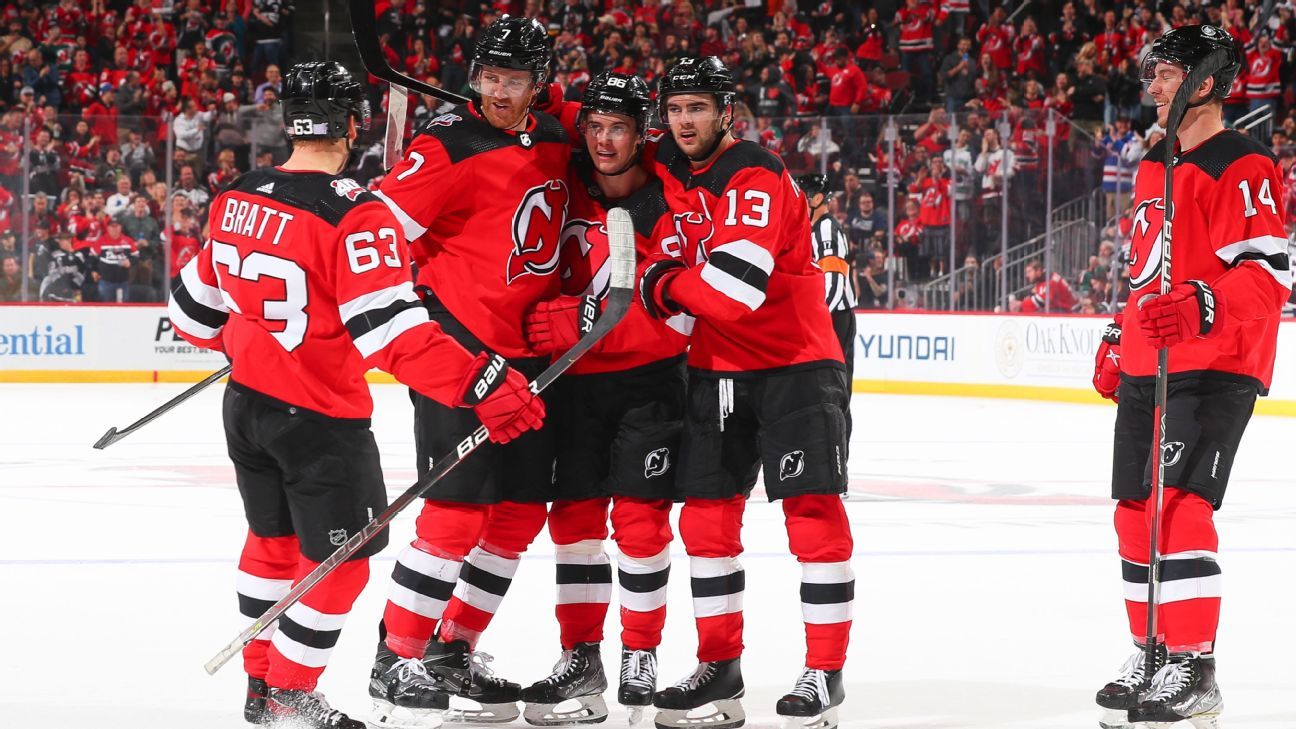 It’s Hockey Hall of Fame week, and this weekend in Toronto the inductees were honored ahead of Monday’s induction. I’m pumped to hear Roberto Luongo’s speech, because if his roundtables from the weekend have been any induction, it will be an all-timer. Congratulations to Luongo, the Sedin twins, Riikka Sallinen and the late Herb Carnegie on their accomplishments.

But what truly stole the show was the emotional ceremony for Börje Salming, who is battling ALS and was in attendance for Toronto’s games this weekend. There was not a dry eye in the house, least of all Darryl Sittler beside him, as the Maple Leafs crowd showered its former superstar with praise. I was watching this unfold at ESPN with Barry Melrose, Salming’s former teammate.

“He was one of the best teammates I ever had,” Melrose said. “He was fearless, on and off the ice.”

Melrose would go on to say that Salming wouldn’t even take a step back against the feared Broad Street Bullies of Philadelphia. Salming was so respected that teammates would get in arguments to be his D partner on the ice.

The Maple Leafs had an eventful week on the ice, edging out the Boston Bruins, eking out a point against the Vegas Golden Knights, and executing a multigoal comeback win against the Vancouver Canucks. (Unfortunately for Vancouver, losing in that way has become a calling card — the Canucks are the first team in NHL history to lose six times when holding a multigoal lead over the first 15 games of a season.)

With that in mind, here are some streak-themed things I’m keeping an eye on this week.

Join Arda Ocal and Greg Wyshynski for The Drop, a weekly video podcast on the NHL on ESPN YouTube channel. The show comes out every Thursday and features player interviews, hockey talk and much more.

As my partner on The Drop, Greg Wyshynski, says about this team, the New Jersey Devils are “a wagon,” with nine straight wins and counting. In that stretch they’ve shut out the reigning Cup champion Colorado Avalanche, took out Connor McDavid and the Edmonton Oilers, and handed L’s to the Calgary Flames in back-to-back tilts.

They are doing this with goaltending concerns creeping back up — remember that last season the Devils used seven different goaltenders. Akira Schmidt is back between the pipes as Mackenzie Blackwood and Vitek Vanecek are out.

However, the forward core is clicking. Nico Hischier is proving worthy of being the No. 1 overall pick (2017), well on pace to break his season best of 21 goals, with eight tallies through 14 games. Jesper Bratt leads the team with 19 points, including 14 assists. Jack Hughes is at a point-per-game pace. Fan favorite Miles Wood already has six goals.

There’s a lot to love right now about the Devils, who often outskate opponents and fly around the ice at a blistering pace. They have a Canadian swing coming up, visiting the Montreal Canadiens, Maple Leafs and then the Ottawa Senators this week.

One goal on Saturday night summed up the Boston Bruins’ season perfectly. The reunited perfection line juggled the puck in the air to each other like a game of well-coordinated hot potato, somehow passing it through defenders. From David Pastrnak that Brad Marchand that Patrice Bergeronwho finally scored the B’s last goal in a 3-1 win over the Buffalo Sabres.

It was a fantastic goal. Really, the icing on the cake to a fantastic start to the season for the Bruins, who can seemingly do no wrong, and got Marchand and Charlie McAvoy back from injuries earlier than expected. Even their reverse retro jerseys are brilliant.

The Bruins have won 10 of their past 11 games and don’t show any signs of slowing down anytime soon. They host the Canucks, Philadelphia Flyers and Chicago Blackhawks this week in Boston.

The Golden Knights are the hottest team in the league right now — full stop.

Last season’s big trade acquisition, Jack Eichel, had a jump in his step after his hat trick against the Sabers in Round 2 of “Eichel Nights” in Buffalo. He has certainly been everything the Knights wanted, and leads the team with 19 points through 16 games.

The Golden Knights, who are tied for the most points in the league standings, can easily put their loss on Saturday to St. Louis behind them as they face the San Jose Sharks and Arizona Coyotes this week. Wins in those two would bring them to 11 wins in 12 games. Keep an eye on the Yotes game on Thursday in particular, as it will mark 1,000 consecutive games played for Phil Kessel; he always seems to score in milestone games.

Speaking of the Blues’ win over the Knights, captain Ryan O’Reilly scored and the Blues won back-to-back games for the first time since the start of the regular season.

Not many people expected the Blues to start this poorly, but maybe this can be a turning point. They have four games this week, including a matchup against the Avalanche, but also have some games against teams they should be favored against, such as the Blackhawks and Anaheim Ducks.

A few wins this week, and the Blues could absolutely right the ship. Remember, this is a team that was dead last in the NHL on Jan. 2, 2019, and ended up winning the Stanley Cup.

Scoring outage for the Wild

Let’s look back at the Minnesota Wild’s previous four games: A 3-2 shootout loss to the Sharks, a 1-0 win over the Seattle Kraken, a 1-0 overtime loss to the Los Angeles Kings, and a 4-0 loss to the Kraken.

It wasn’t the wins and losses that caught my attention but the goals — or lack thereof. The Wild have scored the ninth-fewest goals in the NHL (42), after finishing the 2021-22 campaign with the fifth most (310). Kirill Kaprizov is doing just fine, with 10 goals in 15 games (well above a 50-goal pace for the season). Mats Zuccarello is at a point-per-game pace. Matt Boldy‘s right there, with 11 points in 14 contests. But the secondary scoring simply isn’t there.

Lately the Wild have looked more like the Jacques Lemaire era Wild than the higher-scoring Minnesota teams of recent memory. The Wild have three games this week, visiting the Nashville Predators on Tuesday before they host the Pittsburgh Penguins and Carolina Hurricanes. The Preds and Pens are both currently among the 11 teams giving up the most goals per game, so maybe the Wild can ignite something this week.